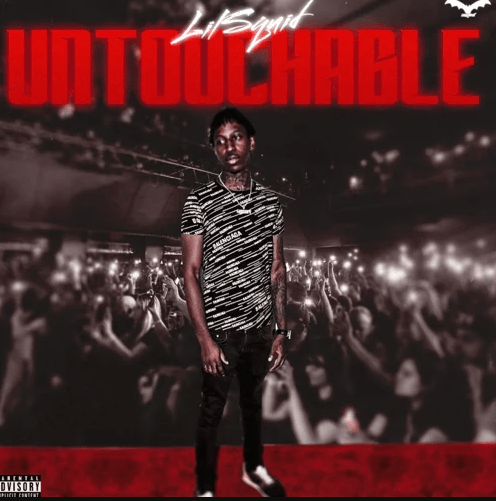 Hip hop is one of the most popular musical forms in the world due to its fierce rhythmic and lyrical choices. Up-and-coming singer-songwriter Lil Squid is further enriching the genre with his mind-blowing lyrical compositions. He has dropped his highly anticipated album, ‘Untouchable’ consisting of 11 hard-hitting rap bangers. His electrifying vocal performance in the tracks, ‘Woah’ and ‘How Could You’ captivates the audience casting a spell over their minds. The title track, ‘Untouchable’ exudes a sense of comfort, motivating them to fight their battles.

Hailing from Atlanta, the young and promising musician has been an avid fan of the genre from his childhood. He started expressing himself through rap verses from a very young age. He has always tried to bring something refreshing to the plate. In this quest, he experimented with different musical elements and styles over the years. Finally, he has become quite an expert at weaving rhythms and words to present his raw thoughts in the form of neat and eloquent musical numbers. He has become a trendsetter among his contemporaries with his new-age eloquent compositions.

Working independently, he has been delivering creative creations that have earned him a reputation in the current hip-hop community. Lil Squid is set to become a great musician because of his genuine passion and devotion to the craft. The most popular soundtracks from his latest album, ‘Untouchable’, ‘How Could You’, ‘Woah’, and ‘Untouchable’ have been featured on Dirty South Radio and TV Network and got places in many music charts. Follow him on Apple Music and YouTube for more.

Hughes Nelson is a contributing writer for Daily Music Roll. He also runs few other blogs, where he analyzes pop, hip-hop, and other music too seriously. Hughes reviews the music on daily basis and magnanimously indulges, encourages, and even participates in music discussion worldwide.