Music represents human emotions in various forms and styles. The genre of hip hop is one of the most sought-after musical forms that deals with different aspects and moods of everyday life. The newest kid in the hip hop industry, Dossy is successfully bringing some much-needed changes to the scene with his exceptional lyrical creations. He has recently released a dynamic single named ‘Proud Of Me’ featuring Eswervo. It is a therapeutic lyrical number rich in hard-hitting rhythmic cadence. His deep and serene vocal style enhances the effect of the steady rhyming pattern achieved through years of practice and hard work. The brilliant musician writes his music all by himself and pours his heart out into the soulful lyrical narratives. 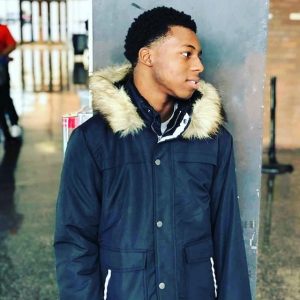 The young and talented musician has been using his natural expressive skills to convey his thoughts and emotions to the world. Inspired by the golden age of hip hop, he makes sure to maintain a perfect balance between the old-school resonance and his new-age rhythmic and rhyming techniques in his soundscape. His music is known for omitting the gap between the generations by combining both vintage and modern elements in his music. His creations are extremely versatile with different musical elements and styles mixed in the perfect amount. The meaningful lyrical melodies bring out the true picture of the society through the use of powerful metaphors and verbal imageries. He has inspired many newcomers in the industry to chase their dreams with self-confidence through his distinctive panache.

The supremely gifted artist has come one step closer to his musical goals with his latest audio release ‘Proud Of Me’. For the single, he has teamed up with fellow rappers from Chicago Eswervo, to bring some variation into the industry. The song showcases his unparalleled rhyming skills that align perfectly with the hard-hitting rhythmic backdrop. Driven by the passion to bring something new to the plate, Dossy is always incorporating new rap techniques and patterns in his creations. His previous masterpieces such as ‘Fuck The Public’, ‘Some Different’, ‘Options’, ‘From Nothing’, and more exude a sense of comfort and confidence to the audience. Follow him on YouTube and  Instagram handle for more updates.

Visit to listen this music video ‘Proud Of Me (Official Audio )’ by Dossy: https://www.youtube.com/watch?v=7vHPVG3Cvkw